six million ways to die, cyanide in your drink 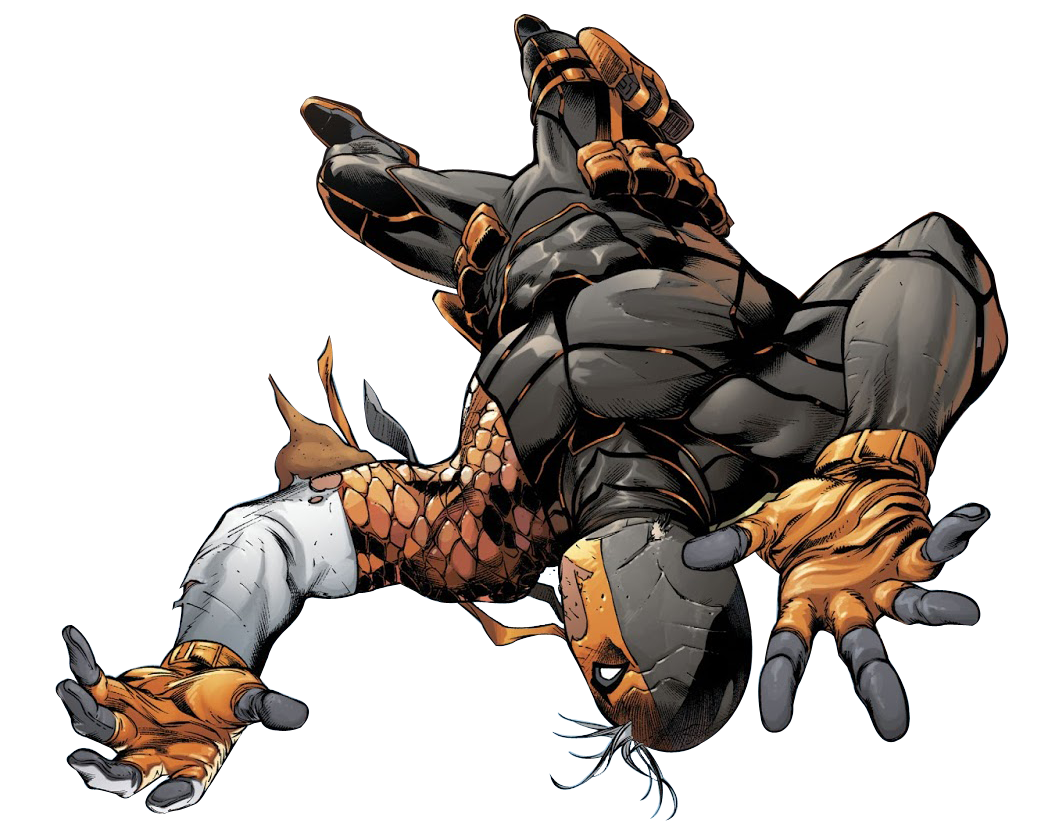 • Nathan was left with little choice of which family he belonged to. Young parents made an excruciating choice to have the baby and in turn, giving him to the family of his father, who were more equipped to care for him. Raised by an equally young father with the help of his paternal grandparents, Nathan had a rough time always adjusting to the life without physically living with his mother. The Wilson's took their cues from raising their own children, to help put Nate in the right direction.

• Since his coming of age, he was pushed to be better than his father. The man also put his son forward, wanting him not to make the same wrongful mistakes that he did as an unruly teen. And the only way was to encourage aggressively through sports, extracurricular activities and doubling on academics. It was a demand to become a trophy like son, excelling in fields of his primary language and that offered through college credited courses. Having an overachieving father killed his chances of actually having time for himself and friends.

• Not the only child to his young mother, Nathan was graced with the knowledge of having a little brother. The two weren't far apart living in the same town. Resentment began at an early age, not knowing what to feel and who to direct it towards when abandonment played a role in the way he picked on his brother Wade.

• Nathan's life in New Mexico ended when his hand was forced to undergo college. His options were a gamble to remain in the state or expand into other options, especially with schools on the eastern seaboard. Encouraged to study at a relative's Alma mater at UCONN, Nathan set out to enroll to become someone that would make his family proud.

• A few short tumbles through his young adult life occurred as he was figuring out the meaning of what doing as he was told to do. Nathan was troubled trying to find himself in those brisk years at UCONN, and post graduation. He shuffled through the tri-state area before landing a novelty gig as a civil engineer for a long standing firm. His life was medicore at best, yet he subverted during his peak, claiming a wild social life that was dormant during his days at college.

• Being on his own taught him a lot, including the strained relationships of his mother and likely brother. Nathan tried to get over the hump but turned away as his focus remained on growing up. He was a prospect for many women, yet never seemed to make the leap of faith that called for a happy matrimony. Instead he lead a life as a philanderer who felt comfortable in a playboy's image.

• At age 28, he found himself in a motorcycle accident which caused injuries that were thought to ruin him for the rest of his life. Instead broken bones healed. However, he did sustain damage in his right eye from glass shards. To this day, he has limited visibility in his eye, causing him to wear corrective lenses.

• Still loyal to the firm that first hired him, Nathan hit rock bottom at the lay offs that occurred in the year of 2004. With little to fall back on and unemployment funds limited and running low, Nathan's uncle persuaded him to become one of the few faces that worked for his bail recovery agency. He was not ignorant to the ongoing of his uncle's business, but did understand what class of business he would find himself in. Due diligence and with nothing to show for post lay off, he trained along side the best named Mark Beltran. He was a navy seal vet, who was soon to retire but did Nathan's uncle Beau one and his only favor.

• Nathan's first year was rocky as a bail agent and he encountered some of the worst criminals who jumped bail. One incident involving a complicated apprehension, turned out into an attack that left the rookie bounty hunter with multiple injuries, including broken ribs, a femur, and a slew of others to name a few. Rehabilitation was a drawn out process, including his inability to shake pain medication after healing.

• His years as a bounty hunter has brought him closer to death on more than one occasion. Encounters with shady figures as references to help gain Intel on shoddy individuals, propelled him to become a chameleon and a person more trustworthy than formal law enforcement.

• Having spent enough time in Boston, along with a new move for headquarters for his Uncle's business. He's been a resident that flew under the radar while maintaining a career he doesn't hate, but doesn't love either. The chase, along as the money has kept him going with small growing demons finding their way to his system. Redemptions are rare, but never off the table when points are in need of proven.

• In the past few years, some of which has brought him to his lowest, somehow he found the simple, delicate and sturdy thread that has been keeping him afloat. With demons at bay, a legacy to pass on and another half to keep at his side, the phases of Nathan haven't reached its peak and his stumbles are just that. Until the rogue antics of some inner turmoil let loose and does him in for good. 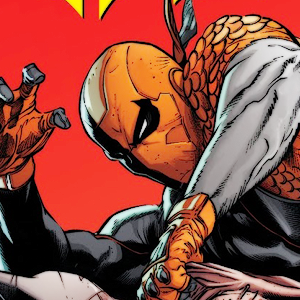 A military man, Slade Wilson was recruited into the special ops unit Team 7, where he participated in highly dangerous classified missions. Willing to do whatever he could to better himself, Slade underwent an experimental procedure that granted him enhanced speed, strength and intelligence, effectively making him the world's greatest soldier. Following the disbandment of Team 7, an embittered and jaded Slade would use his powers as a mercenary-for-hire and quickly gained a name for himself in the criminal world as the man to call when you want to make sure the job will get done.

Beyond his heightened speed, strength, and senses, Deathstroke's greatest asset comes from his incredibly high intelligence, which makes him a master strategist and tactician. He is capable of standing toe-to-toe against some of the DC Universe's most gifted fighters and most powerful heroes. Never content with an easy assignment, Deathstroke continuously takes on tougher and more difficult tasks, constantly pushing himself further and further with an unwavering focus on getting the job done no matter what it takes, no matter how ruthless, deadly or manipulative he must be. He is, without question, the world's greatest assassin and one of the most feared people on the planet. ( dc source )

Slade is pulled from Prime Earth/Rebirth. With some insight from New Earth.

has the last name wilson
former bounty hunter who happens to trapeze on remaining neutral to any cause. may sway with the wind if it benefits him monetarily.
sustained right eye injury, currently severe right eye impairment.
formly helped rehabilitate active military personnel and veterans alike through specialized yoga classes, as a nod toward's Slade's service in the Army.

Nathan is a virgo man. in true nathan fashion, he's more insensitive, least friendly, and not the most practical guy to be around. his surliness is a protective plate to his chest, easier to handle people on a personal level if he didn't deal with them at all unless it was for a personal gain. skillful in technical and analytical thinking on most matters, a sharpness that was cultivated as his years of study and the brief career of a civil engineer. is a stickler for details, order, and strategy when it refers to his life as a former bail agent. tightly wound chaos can only describe for his personal life; as misery makes its presence known, needing its outlet through poor behavior and choices. mood and attitude has shifted over the years from being a wild child in the confines of his father's expectations, to a bitter, cold, and often despondent individual. nathan is often moody, or out of touch with younger generations or his own peers.

WT: 190LBS HT: 6' 2'
brown eyes w/ lost of vision in right eye. right eye appears discolored, almost opaque in location of iris and pupil. perfect vision in left eye, countered with enhanced senses.
minor scarring on right elbow, left knee from motorcycle accident injury and childhood scars. ghastly keloid scar located on the back of right shoulder blade and other areas of his body. only veiled by ink.
muscular with a body lean than bulk due to consistent training in the arts of krav maga, muay thai, brazilian jiu jitsu, and yoga. deep dark hair that is black as soot. sometimes wears a beard or half shaven look. bears numerous body ink, especially wearing a full back piece that was completed over the past five years.
above par skill in handgun and sub-machine knowledge. trained consistently in various firearm types to keep up with the demand of his former job as a bail agent. tactical training went hand in hand with firearm handling, whilst still holding certification and licenser to carry a firearm in the state of Massachusetts. thorough experience in tracking people from his tenure as a bail agent. a crumb collector that relied on the help of pulling from accumulated resources. is an exceptional cook who had little choice but to pick up culinary skills in order to survive when he lived on his own post-college. well versed in italian, american, and french cuisine. researches new techniques and trends to cook healthier and better meals. speaks a few languages from french, conversational spanish, to german.

still harbors dependency like tendencies, only without the pull of narcotics, liquor or women, but an insatiable need for power.
had encounters with death. once via a hit and run due to a drunk driver, and secondly years later by a serious job hazard gone awry.
maintains magazine subscriptions like natgeo, gq, men's health, and playboy.
drives numerous vehicles such as a 13' chevy tahoe, a yamaha, and a harley-davidson Sportster 883.
rents an apartment but owns other properties. loft downtown, a condo in a private location outside of the city, and a commercial building.
built a personal relationship with the study of yoga, setting up a beneficial front to continue his involvement in illicit dealings. has sense sold his business for other ventures.
in his spare time, nathan uses his hands to refurbish furniture or build play trees and extensions for his cat.
doesn't enjoy pizza, nor eats red meat. has a selective palate. binges on junk food on rare occasions, with his favorites being doritos of various flavors and ice cream.
discovered he had an adult daughter in 2015. continues to work on a father daughter relationship despite how challenging it can be.
took on the yoga instructor title for not so pure reasons after retiring as a bail bond agent some years ago.
his sense of style ranges from pratical casual duds to something more classical when it calls for it. can never part with sleeveless tshirts and his denim.